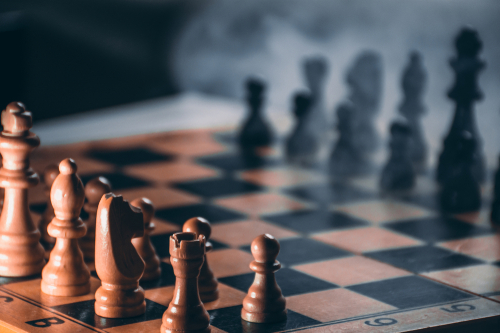 This week we feature a guest post from our Legal and Compliance Team, examining the effects of HITECH Act restrictions on billing practices for medical records retrieval.

Each year a handful of consumers—mainly patients of medical providers—become aware of the provisions of the HITECH Act enacted under Title XIII of the American Recovery and Reinvestment Act of 2009. Usually, they make this discovery during the course of requesting their own medical records, as reading statutes and acts of Congress is typically an esoteric pursuit for the few in society who comprise the legal profession, along with perhaps some others such as journalists. However, an average reader would struggle to might statutory reading compelling or relevant. So why did Congress pass an act that nobody outside the affected industries, or the consumers themselves, would even care about? If nobody cares about it, does it really matter anyway? And, for those to whom it does matter, does it really accomplish anything? Like all legal answers, it depends.

Laws such as HIPAA and HITECH are consumer protection enactments, but they are also political actions, which means they are influenced by seen and unseen individuals and organizations. As a consumer protection act, HITECH appears to address the concern of curbing the rising costs of medical and related records retrieval. However, the notion of rising consumer costs within a given sector immediately raises questions about the possibilities for growth in an industry, as well as related economic concerns. Conversely, if consumer costs are decreasing, business tends to shy away from that sector. If that decrease occurs due to government regulation or price-fixing, some businesses may abandon the sector altogether, or choose to wage existential war.

Attend a seminar headlining HITECH, and you will surely come away with a conviction that the only fee which should, yea even can, be charged for copies of any medical record in electronic form is $6.50. And, any provider or custodian of records who willfully charges more shall feel the full force and effect of the law, which can and will be invoked to enforce this amount of $6.50! True to form, some providers will amend billing statements when pressed and so conform. Some require a second effort before amending a billing statement. Sometimes a second request is not enough. Then comes a refusal to amend a record request bill. Nasty phone calls, emails, and faxes ensue. Still, the provider will not change the request bill. Now what?

There will always be providers who will charge $6.50 if the request for records is formally made under HITECH Act auspices and others who will amend billing when pressed. But there are as many or more providers who simply won’t budge. Consider the following scenario as a legal professional: If a client came to you to file suit on someone who ripped them off for a couple hundred dollars, do you quote a $5,000 retainer and expect to litigate to the teeth? If it were an administrative process you were invoking, would the cost be less or more? Is the difference meaningful? More than likely the recommendation would be to get over it, lick your wounds, and don’t throw good money after bad. So, is it bad money to chase HITECH rates to the point of filing complaints with an administrative agency or even a court of law? The answer propounded here, based on a consensus of professionals who retrieve medical records in pursuit of their living, is a resounding YES!

Why? Pragmatics. Practitioners of personal injury law are sensitive to the concerns and goals of their clients, and most clients want to receive as much money as they can as quickly as possible. For instance, take an average rear-end collision. Immediately after an accident, the client will usually focus their attention on pursuing proper medical care and treatment. Relatively minor, non-life-altering injuries are commonly addressed through physical therapy and/or chiropractic care. Most clients will also experience an initial visit to an ER or family physician and pursue any recommended follow-ups. Once their prescribed treatment has concluded, the typical client will rapidly change gears to a time-concern position, as often evidenced by an increase in the frequency of phone calls to the lawyer’s office.

At this point, the lawyer will request medical and billing records to be collected. Only after all the records and bills are received can a demand be made to the insurance company, and a settlement negotiation can begin. Therefore, the time it takes for assembling the records is material to the amount of time that will pass before the client receives anything, and that is where filing complaints under HITECH lose their appeal. In fact, anything but a cursory negotiation with providers to apply the $6.50 HITECH rate for paper records in electronic format will cause an undeterminable loss of time.

The reason for a long delay is simple. The person who prepares the request bill and/or answers the phone will rarely have any authority to modify or negotiate the bill itself. It must be referred to a supervisor or other management position. Assuming the manager is not on vacation (a curiously common occurrence) a message must be left on voicemail or a request to deviate the bill must be faxed separately. One to three additional weeks processing such a negotiation would be an acceptable practice. However, if the initial decision is contrary on reducing the bill, a second-tier process may be invoked, appealing to higher management, and so on until the bill is mitigated or the reduction is finally denied. For this process, another one to three weeks should be factored into the timeline. If ultimately denied, the only remedy left is filing an appropriate complaint and litigating. Now a governmental procedure must be invoked, adding yet another long delay. It is worth pointing out here that the vast majority of providers will only send the records once the request fees have been paid. While this is an understandable practice, it delays the resolution of the original claim while the billing dispute is resolved.

Under a low-injury-level tort case, the stakes involved would rarely support the extra expenditures of time and financial resources required to chase HITECH non-compliance billing practices. So, the question becomes at what point does it make sense? Perhaps the best answer to this question might be stated in this way: chasing providers to enforce HITECH compliance in billing rates is most appropriate when someone else carries out the chase.

If your firm utilizes an outside company to facilitate and complete the records requesting process, it does so for at least one, or both, of the following reasons:

No matter the reason, firms do not hire outside services so the service provider may bear litigation expenses the firm wishes to avoid for itself. Time is still time, and clients don’t appreciate delays when it comes to settlement of their own cases. Like death and taxes, these things never change. This is not to say attorneys don’t or shouldn’t actively negotiate provider fees themselves. Such is a normal practice. Negotiating a hospital bill down to a reasonable number to facilitate settlement is standard and necessary.

Conversely, the relatively low cost of reproduction of the medical records and bills has so little impact upon the settlement possibilities as to nearly render the practice pointless. Simply stated, if doing so costs valuable time with small returns, clients will not be well served or inclined to accept an avoidable delay toward cashing their checks.

Recent developments pose a direct threat to the current status of the so-called HITECH rates. These include lawsuits filed by large record-holding companies against the government, arguing the arbitrary assignment of the reproduction fee often quoted as being $6.50. They are taking the stance that HITECH is only properly invoked when patients are requesting their own records, and that HITECH is not applicable where third parties, such as law firms, insurance companies, or record retrieval companies are making the requests for them.

They have a good leg to stand on in that analysis. HITECH does not explicitly state it covers record requests for anyone acting on a patient’s behalf. It speaks directly only about patients requesting their own records. HITECH could very well have stated it covered requests by patients or any agent acting under a signed release to do so, but it simply does not. Frankly, if $6.50 for each reproduction request was all a provider or records custodian could charge, there wouldn’t be much capital incentive to provide the service, and the rate of return for requested records would be excruciatingly long. Therefore, many records custodians and providers are refusing to use HITECH rates because they lose money. The amount of lost income is substantial if you figure the cumulative effect of tens of thousands of requests being billed at $6.50. It is this paradigm that can trigger an existential war, which appears to have already begun.

So what is the best practice? The best approach is to make all requests for medical and billing records under a HITECH directive initially. If you are using a record retrieval service, ask them to make one follow-up for good measure. If the HITECH directive is finally ignored or declined by the custodian, go ahead and get the records and settle your client’s claim in a timely manner. The client will appreciate that the most, even if they have no knowledge of this process in the least.